“Neural mechanisms and recovery of language production deficits in aphasia”

This longitudinal, multimodal neuroimaging study will explore the patterns of language production recovery in a large group of individuals with aphasia following stroke. By combining a number of novel neuroimaging and behavioral techniques, we are investigating the contributions of numerous gray and white matter structures to the recovery of language production skills during the first year post-stroke and beyond. 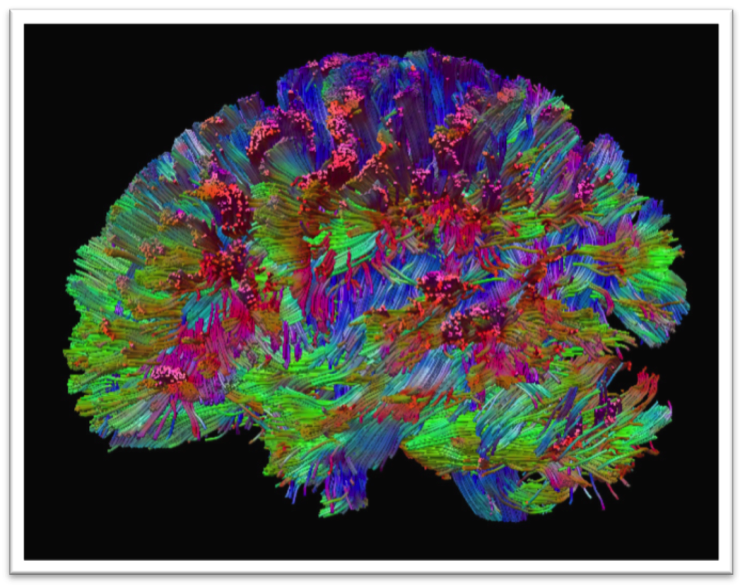 Most individuals with aphasia have difficulty producing words and sentences, which impairs their ability to communicate naturally.  While some people with language production deficits recover well during the first year after injury, others will not, and this discrepancy in outcomes is largely unpredictable. The proposed project will be the first comprehensive longitudinal multimodal neuroimaging study to examine plasticity within gray matter regions and white matter tracts and their contribution to recovery of different linguistic levels involved in language production over the course of one full year and beyond.  The first main objective of the study is to determine which damaged cortical regions and white matter pathways impede recovery of language production throughout the first year. The second main objective is to measure neuronal changes in gray matter morphometry and white matter integrity that accompany observed behavioral improvement.

The general outline of the study is the following.  Individuals with aphasia will be tested at 1-, 3- and 12-months post stroke on various measures of language production at the word, sentence and discourse levels to establish baseline measures of performance and monitor changes across the different stages of recovery. At the same three time points, participants will undergo structural MRI and high angular resolution diffusion imaging (HARDI) to determine lesion site, white matter integrity, and changes in grey and white matter over time. The rationale for choosing these particular time points is as follows: At 1-month post onset, we will be able to assess patients in the very early stages of their aphasia, while avoiding medical issues in the most acute stage that interfere with testing and scanning, permitting a more reliable measure of initial symptoms. At 3-months post onset, significant changes will have occurred during this critical period and can be captured with our measures. At 12-months, we will be able to capture patients’ full potential for recovery, since many patients, particularly those with white matter strokes, require this amount of time to demonstrate behavioral changes.

Evaluating different time periods during the first year post-stroke will enable us to determine damage to which grey and white matter structures can predict certain patterns of recovery, and which neural changes accompany different trajectories of recovery from language production deficits.  To accomplish this we will utilize several state-of-the-art neuroimaging techniques in combination with detailed language testing of different linguistic levels.  First, Voxel-based Lesion Symptom Mapping (VLSM) analyses will show whether there are brain structures that, when damaged, affect the amount of recovery in language abilities in general, overall production, at the word-level, sentence-level, or discourse level, for two different periods of recovery (from 1-month to 3-months and from 1-month to 12-months). Second, we will explore the relationship between changes in language outcome measures and DTI measurements from relevant white matter pathways acquired at 1-month post onset.  Finally, using multiple regression analyses we will investigate the contribution of changes in cortical morphometry (cortical thickness, local area, and myelination measures) and white matter integrity (diffusivity measures, tract characteristics) to changes in language abilities across the first year post-stroke. Evaluating different time periods during the first year post-stroke will enable us to tease out neural indices predicting, impeding, and supporting language recovery at different stages. Information resulting from this study will provide clinicians with the information they need to give people with aphasia the most accurate diagnosis, prognosis, and effective treatment to date.

As a part of this study, we are also seeking to recruit individuals with chronic aphasia due to a stroke that happened at least one year ago. We will be testing them with a similar behavioral protocol and conducting an identical MRI scan to the main group with acute aphasia. These individuals will be tested twice, one year apart. This data will help us understand how recovery in the first year is different from continued recovery at the more chronic stages.